Get to Know about the Havana Syndrome – How to Heal it? - Oklahoma Physical Therapy

Havana disease is a set of dissociative headaches that began in late 2016. They are among U.S. intelligence agents and embassy staffers serving in Havana, Cuba. American diplomats in many areas worldwide reported identical symptoms the following year.

Havana syndrome was previously rejected as mass hysteria or a reaction produced by psychosomatic causes such as stress. According to researchers examining the disease, it may well be the result of microwave technology. Therefore, diplomats, intelligence services, military personnel, and family and friends deployed on foreign soil. They have usually reported symptoms comparable to concussions or moderate head injury.

What are the Signs and Symptoms of Havana syndrome? 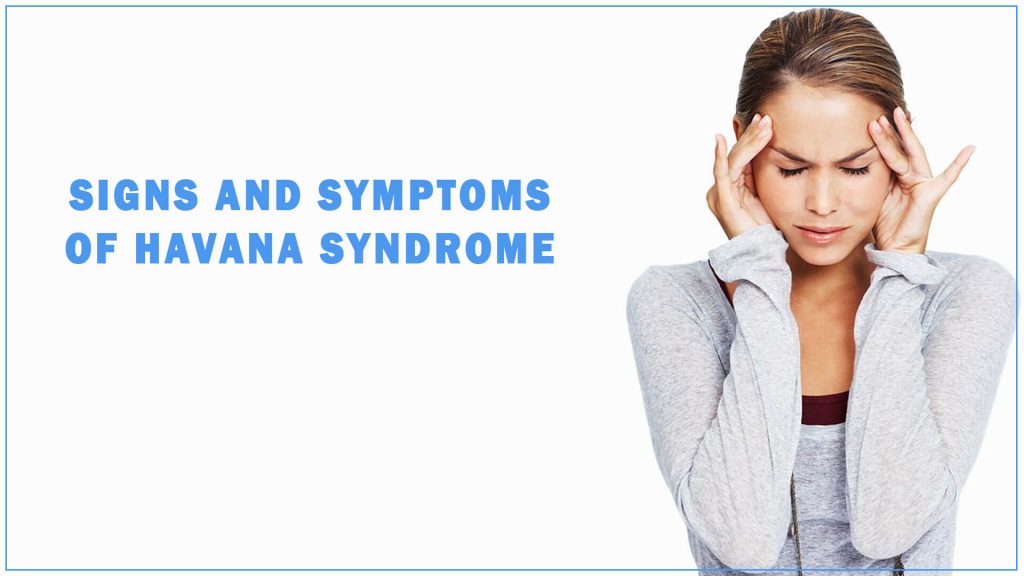 During the late 2016 deployment, deployed diplomats reported a loud piercing sound and felt significant pressure on their faces. The following symptoms were pain, nausea, and dizziness. Whereas the sound ultimately stopped, some persons reported constant pain, dizziness, and concentration problems. However, the symptoms were so terrible during their deployment that they couldn’t do their jobs.

Many intelligence professionals and military personnel described confusion, nausea, and disoriented in the years to follow. They usually begin with a sudden onset of severe pressure in the head and ears. Therefore, some symptoms they mentioned included difficulties concentrating, brain fog, memory issues, light sensitivity, and sleep issues (drowsiness and insomnia).

The following are some of the long-term effects of Havana syndrome:

Overall symptoms are similar to those reported by people with head injuries. According to experts, even though neither of the employees. They said a blow to the head or any other previous health conditions.

What Are the Causes of Havana syndrome? 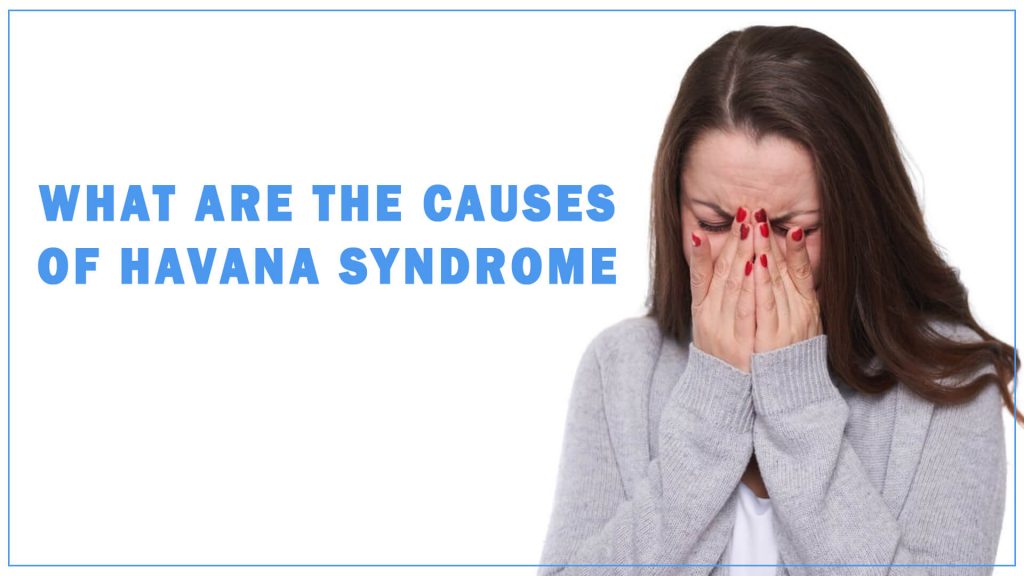 Experts initially assumed that Havana syndrome was caused by accidental or on-purpose exposure to a harmful chemical, pesticide, or medicine. However, no signs of such agents being discovered in the people affected or their residences.

Havana syndrome is thought to be caused by some form of mechanical instrument that generates ultrasonic or microwave energy:

Despite its debilitating effects, Havana syndrome is not harmful, and all those identified are still alive.

How is Havana Syndrome Different from Other Health Conditions?

When asked for their thoughts on how to identify Havana Syndrome from those other medical disorders. Therefore, the conference’s panel of experts explained that the characteristics noticed in Havana Syndrome could come into one of four categories:

Chronic dizziness and unsteadiness are common symptoms of PPPD. However, neither ringing inside the ears nor headaches are familiar. However, a viral infection or a head injury is a common cause of the symptoms.

People who suffer from vestibular migraines have a history of headaches and have difficulty balancing. On the other hand, people with vestibular migraines have no trouble feeling linear accelerations in both directions (sensed through the action of eolith organs in their inner ears). On the other hand, as otolaryngology expert Dr. Walter Kutz explained, several persons with Havana Syndrome have difficulty recognizing linear acceleration.

TBI patients have had one or more head traumas, and their Clinical and radiological features are usually different from those of Havana Patients with symptoms.

Functional neurological disorders, for example, are another symptom—symptoms of functioning neurological diseases, like those of these other diseases and the three ailments listed above. Therefore, please do not go away when patients leave a place and reappear when they return.

The panel of diverse experts concluded that the Havana Syndrome. The symptoms are distinctive to the twenty-first century, and we require 21 explanations and solutions.

How Can Havana Syndrome Be Treated? 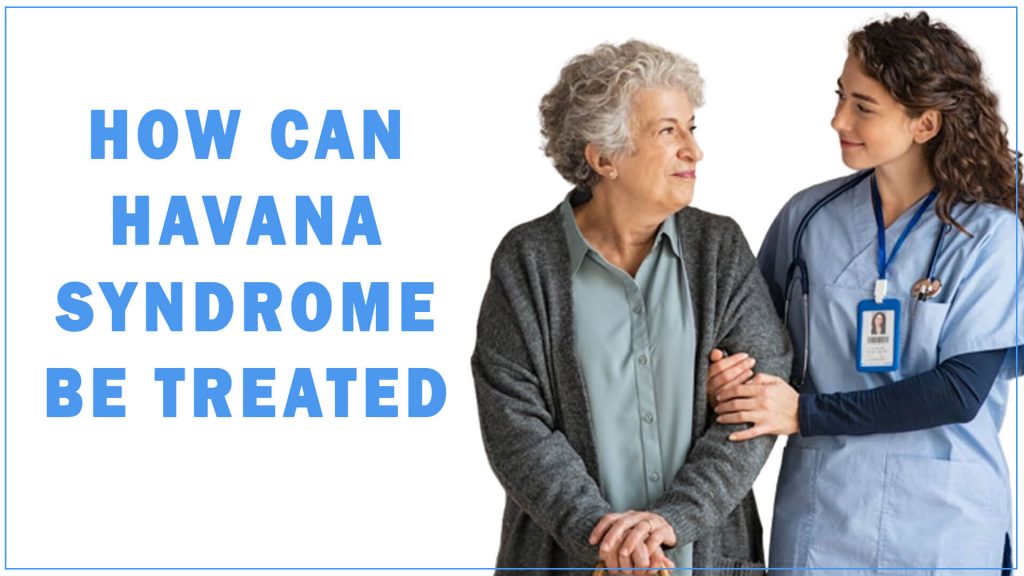 When MRI scans of affected people are examined to those of healthy adults, they show changes in the structure of white matter (the lighter tissues of the brain and spinal cord that mainly comprises bundles of militated nerve fibers). This supports the idea that Havana syndrome is a condition characterized by non-specific and incomprehensible alterations in brain structure and function.

Alternative medical treatments such as art therapy, meditation, breathing techniques, and acupuncture are used to treat the condition.

A rehabilitation programmer consists of particular neurological exercises delivered in one-hour sessions. It has shown some success, but more research is needed. Cognitive exercises, such as repeated complex motions of the upper and lower limbs, balance activities, and orthotic activities, are included in each session.

Its Diverting Effects on Nation?

Senator Susan Collins and the Intelligence Committee approved the bill. They will provide financial assistance to people who have suffered from Havana syndrome. The CIA and the State Department will draft laws establishing fair and reasonable standards for compensating the victims.

A panel of experts in the field working for U.S. intelligence services found the strange and sudden brain damage. They experienced by a small group of American officials and spies outside have been most probably. They are caused by pulsed electrical radiation provided by an external device.

The HAVANA Act is a U.S. government effort to recognize the difficulties of afflicted U.S. Public servants by giving financial assistance and legislative adjustments to help them deal.

What is the best way to deal with Havana syndrome?

There is no effective therapy for persons with symptoms of this illness at this stage. There is no approved treatment for the illness because the exact cause is unknown. Therefore, the victim of this disease is usually given medical assistance, including essential therapy for nausea and dizziness.

What does it mean to have Havana syndrome?

A buzz, clicking, hissing, or knocking was characterized as the sound. As a result, victims of Havana syndrome may have been zapped by secretive microwave weapons. Therefore, the strange sounds they observed were the Frey effect’s buzzing noise.

Sufferers of the Havana syndrome, named after the first cases, were disclosed by CIA employees who work at the U.S. embassy in Havana, Cuba. They can take comfort in a recent data published Wednesday. They assert the syndrome could be caused by pulsed electrical radiation focused via concentrated radio.

What are some of the signs and symptoms of Havana Central?

Havana Syndrome is thought to have first appeared in late 2016 when U.S. diplomats and spies assigned in Cuba began reporting strange sounds and experiences. They are unexplainable diseases and symptoms such as sensory processing loss, memory and balance issues, headaches, and nausea.