Pickleball obsession is causing an injury pandemic among Baby Boomers. Playing Pickleball for six hours per day is not good for your bones and joints. Pickleball has been marketed as a less strenuous and more accessible version of tennis.

But doctors believe the popular sport is nevertheless causing a spate of injuries among some of the elderly population. The elderly are also much more likely to have weak bones, which puts them at risk for injuries. However, overuse injuries are common among “obsessed” seniors who play for many hours each day.

The Risk and Signs of Pickleball Injuries: 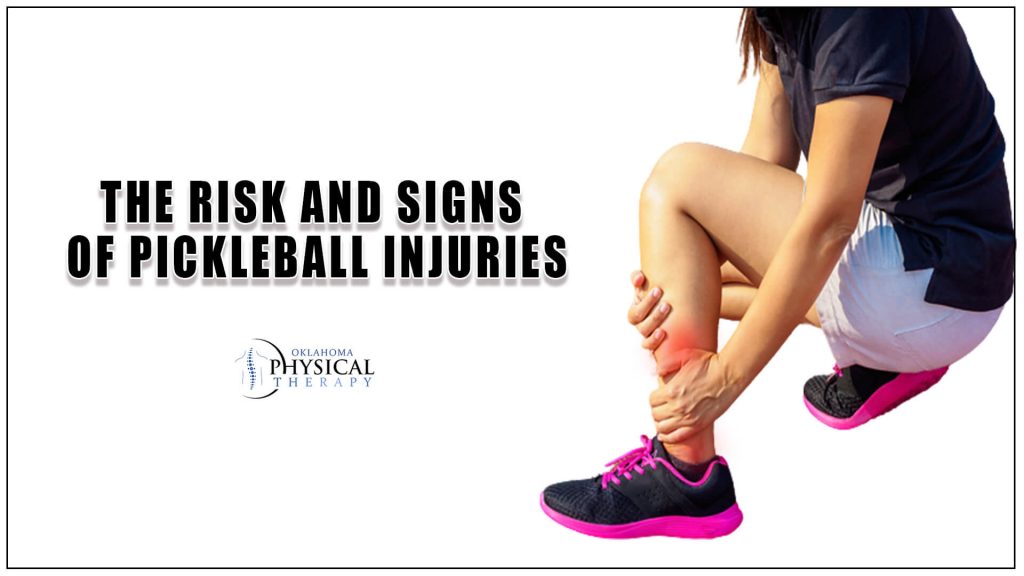 Pickleball wouldn’t be on the radar five years earlier. But injuries from it are now widespread in the over-55 and over-60 populations, according to an orthopaedic trauma specialist.

Pickleball, a cross between badminton and tennis, was invented in 1965 by three friends on Bainbridge Island, Washington. Even during an epidemic, however, its demand increased, particularly among sporty seniors.

It appeals to boomers since it is frequently played in pairs, and the court is smaller than tennis, requiring less space to cover.

What are the Associated and Acute Injuries Relates to Pickleball? 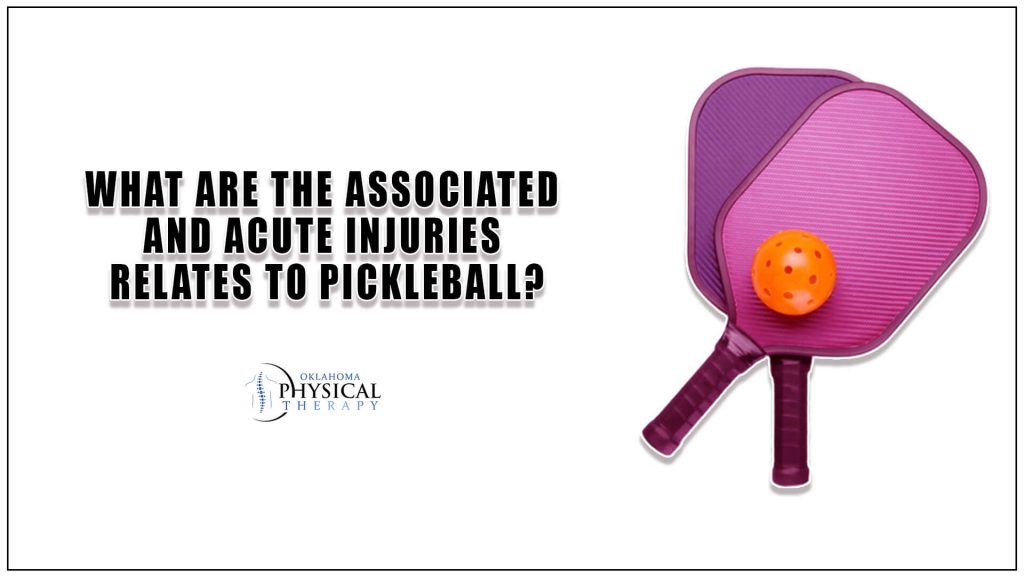 A recent examination of the literature revealed no published studies indicating specific injuries associated with Pickleball. Furthermore, there is pain research is due to other racket sports that have been released. 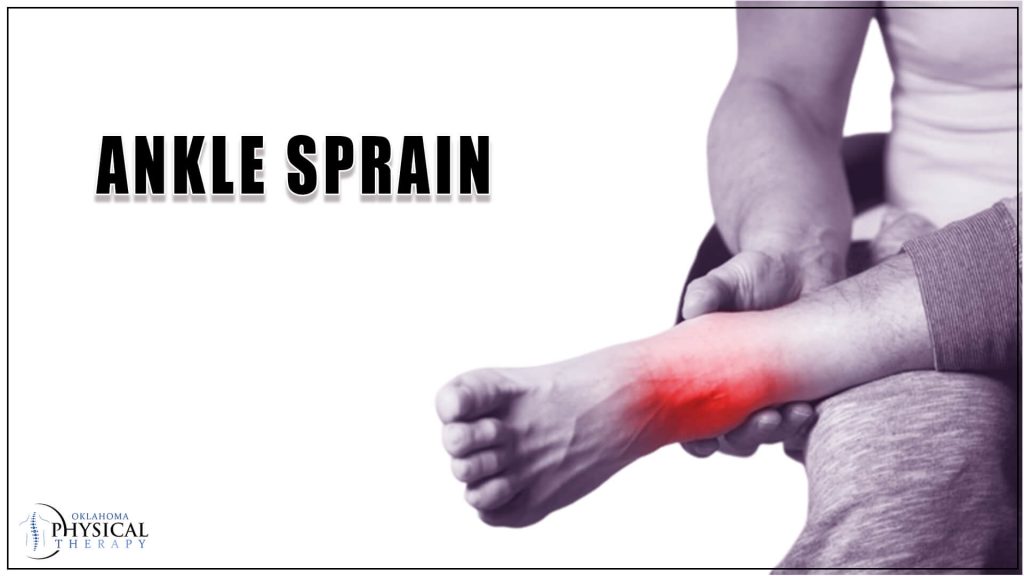 An ankle sprain happens most commonly when you tread on an uneven surface (like a ball) and whenever. The discomfort generally occurs along the outside of the ankles and is associated with swelling and/or bruises.

Therefore, you perform a quick and fast movement to connect your paddles to the ball. 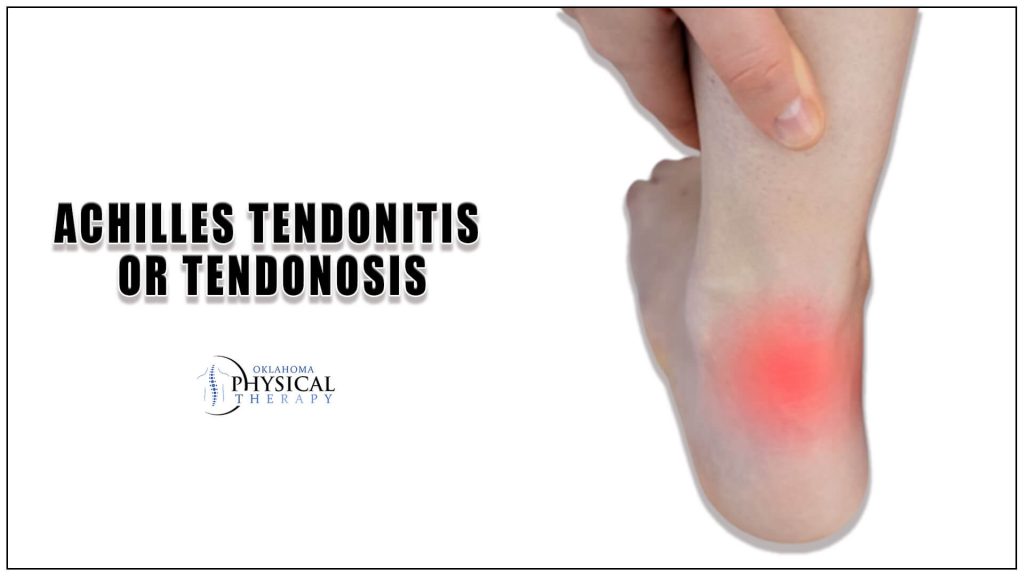 Achilles Tendonitis (or Tendonosis) is inflammatory of the Achilles tendon, produced by a rapidly increased amount. The kind of repeated exercise, such as moving from not even playing Pickleball to playing it four times a week. Therefore, pathological changes, known as tendinosis, can develop after the early inflammatory process of Achilles tendonitis has passed. 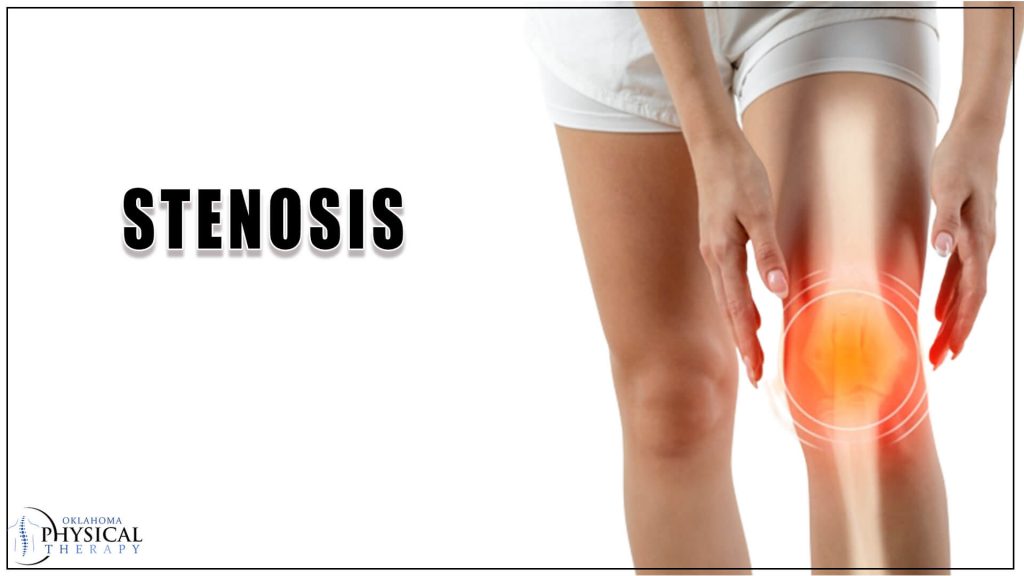 The word “stenosis” implies “narrowing.” This constriction can take place in a variety of locations, although it is most commonly Lateral Stenosis in unilateral sciatica (down just one leg). This happens when the nerves are imposed upon by the described external foramen (opening where the nerve exits the spinal). This constriction, if significant enough, might irritate the nerve by compressing or rubbing it.

This invasion can be caused by osteophytes (bone nodules), osteoarthritis, or degeneration of disks disease. However, which causes the adjacent segment thickness to decrease. 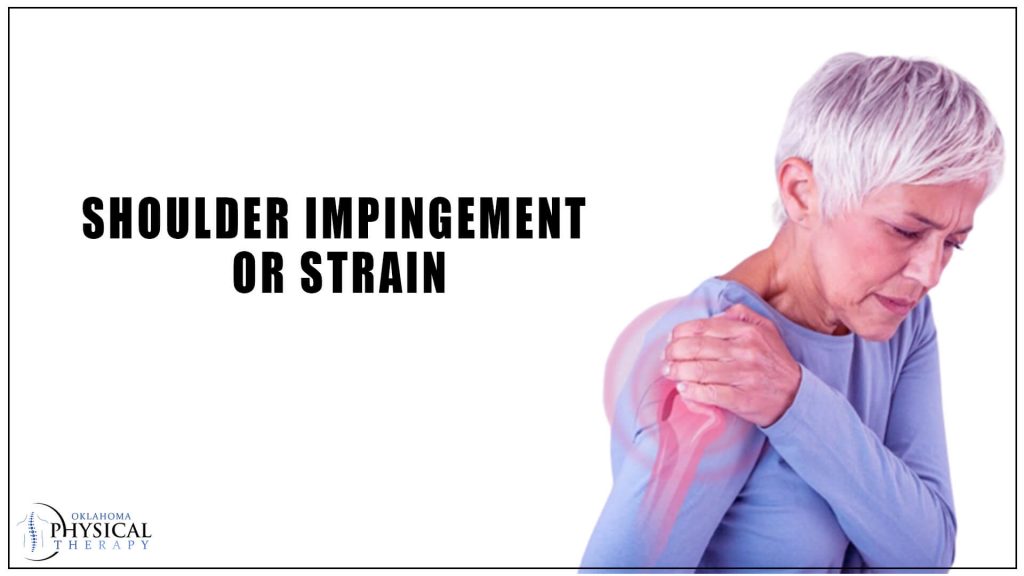 A minor muscle injury, on the other hand, might make serving and hitting the ball hard owing to discomfort or lack of shoulder mobility.

Overuse of your shoulders can result in discomfort, which occurs when your bursa or tendons becomes inflamed as a result of repeated overhead strikes.

Pickleball, like any other racquet sport, has the danger of injury. Therefore, this kind of injury will keep you out of the games for a while, although some may be fatal. An ankle sprain, Achilles tendinitis, hamstrings or quadriceps muscular strain, shoulders discomfort, and wrist fractures are the most frequent pickleball injuries.

It appeals to boomers since it is frequently performed in pairs, and the court is lower than tennis, requiring less space to cover. People are also living much longer, less productive lives than it has ever been. According to Mehta, and located in locations where sports thrive.

Alan Weinberger, 62, of Tampa, Florida, told The Publication, “It’s fantastic for cardiovascular, and that’s a hard game of strategy.” “There are a lot of camaraderies there.” It is healthy for my ego. Therefore, it’s a small substitute, even Though I had a tough and great career. For me, it hits all the right notes.”

Pickleball’s popularity grew as a result of the epidemic.

Tamara Beck and Weinberger are famous Wall Street executives and basketball players. However, his obsession with both games has resulted in thousands of unpleasant sprains and rips. headtopics.com. They began playing in June 2018 and now plays six days per week for three to five hours.

It was an eight-week period during which I was unable to play. Then, the year before last, I sprained my right thigh muscle in a 2nd sprain. Weinberger claimed he was gone for four weeks because his wife started tearing her biceps and rotator cuff while using the pickleball paddles.

Pickleball is a racquet sport that incorporates the concepts of tennis, badminton, and tables tennis. It may be played inside or outdoors. It’s performed on a sport played by two teams court with a net similar to a tennis net. The paddles are somewhat shorter than tennis racquets, as well as the balls are similar to whiffle balls in size.

“One thing that this demographic has in similar is that they exercise every day.” They characterize themself as obsessive. But several injuries are the result of recurrent stress, according to Roland Rodriguez, clinic director of Atlantic Physical Therapy in Toms River, NJ. Pickleball. However, he claims, he would be to blame for the majority of his elder patients’ sports-related injuries.

Prevention, according to Weinberger and Thomopalos, is crucial. To keep healthy, Weinberger moves, takes Pilates, and drinks plenty of water. While Thomopalos expands, seeks a chiropractor, and gets frequent massages.

How Can Pickleball Injuries Be Prevented Over Time?

Are you a fan of Pickleball? You are a seasoned pickleball player or a total beginner. It is tough to be familiar with the most prevalent pickleball injuries, along with fundamental techniques to help reduce them.

What is Included in Physical Therapy Treatment for Pickleball Injuries Recovery?

The most frequent injuries linked with this exciting and energetic activity may be avoided with proper fitness. With some of these techniques, an Oklahoma physical therapist can help you remain in the game. Therefore, ankle and heel strains, knee strains, wrist sprains, and shoulders strains are all examples of these ailments.

Squats with just body mass can help you develop and stretch your quadriceps and hamstrings. As well as give you the ability you have to compress your leg muscles swiftly and consistently. You reduce your gravitational pull to handle with both the Pickleball as it comes at you.

Large arm circles will stretch up your muscles and prepare them for the considerable movements that occur with striking for a ball that has been hit across the net towards you.

Exercises that develop the core, such as core twisting, are also beneficial. You might be asking how core-targeted exercises will assist you in strengthening your joints. So this is how it works: if you already have control of your core. Therefore, you’re more likely to fall or behave in a way that may harm a joint. Consider core development as a form of protection that helps to safeguard the weight of the body.

Your knees and hips may be relaxed by laying on your stomach and bringing your knees to your chest.

Pickleball, America’s quickest sport, has overtaken tennis courts, with reduced nets and repainting lines to suit the increasing number of “picklers.” Physical therapists at Oklahoma Physical Therapy and sports medicine professionals give the most personalized care. They provide assistance to securely return Pickleball to your life!

However, like with any paddles activity, there is a potential for injury. Contact the specialists at Oklahoma Physical Therapy Experts. If you’re experiencing some ailments listed below or any sort of trauma that you suspect is connected to Pickleball.

An ankle sprain, Achilles tendinitis, hamstrings or quadriceps muscle tension, shoulder discomfort, and wrist fractures are the most frequent pickleball problems. Therefore, most of these injuries will keep you out of the game for a while, although some may be fatal.

Overuse of or repetitive hammering on the rough playing surface is the most common cause of chronic injuries among Pickleball players. However, plantar inflammation and heel types of injuries are examples of these conditions in the foot.

Pickleball Elbow is a common concern among many pickleball players (similar to Tennis Elbow). In medical terms, pickleball shoulder is known as Lateral Epicondylitis. Therefore, Excessive usage of the muscle group as a result of poor technique causes discomfort, micro-tearing, inflammation, and instability.

Stopping short or changing directions fast might result in ligament or meniscal injuries in the knee. However, preventing these injuries can be as simple as wearing appropriate shoes that provide support but yet have some give in the sole. On the other hand, the most significant piece of pickleball equipment you’ll buy is your court shoes.